A survey of more than 3000 New Zealanders by the Commission for Financial Capability (CFFC) found one in five people had relationship problems with partners, family or close friends due to financial concerns.

While those with little or no income (under $10,000 per year) were most likely to experience financially-driven relationship problems (28%), high income did not prevent money conflict - 21% of those earning $150,000-$200,000 reported relationship stress due to money.

Other groups with high rates of interpersonal issues due to financial stress included respondents who had children aged 0-4 years (27%), Māori (27%), Pacific Peoples (28%) and those renting (25%).

The CFFC drew the statistics from its Financial Capability Barometer Survey, run monthly through 2020. The results showed conflict of this nature correlated with a lack of long-term financial planning, a propensity to spend rather than save, and reluctance to discuss money.

The CFFC has released this data to support the theme of this year’s Mental Health Awareness Week - He tirohanga anamata – to reimagine our wellbeing together, and encourage use of its guides and tools at sorted.org.nz to help people get on the same page financially. 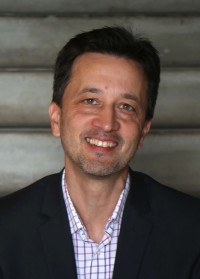 The CFFC’s Personal Finance Lead, Tom Hartmann, says there is a recognised link between financial stress and mental health issues, effects that are exacerbated when money problems impact our closest relationships.

“Good relationships with partners, family and friends support good mental health and resilience, but as opposites often attract in relationships, partners will have different attitudes and habits when it comes to money,” says Hartmann. “No two people will ever have the same experiences or earn the same amount; this can put strain on any relationship.”

Hartmann says Sorted encourages partners and families to open up and talk about money, but do so carefully.

“It can be frustrating to try to get on the same page, since one side may feel nagged while the other feels under attack. Sorted has tips for how to have a successful money conversation and set some shared goals.”

Other tips from Sorted:

Financial stress: where to go for help: