Data gathered from almost three million members of KiwiSaver has highlighted the gender gap in Kiwis’ balances in the retirement savings scheme, and how overall both sexes are lagging behind where they would have expected to be at this point.

The MJW report contains data on 2,944,050 members with total balances of $85.44 billion as at 31 December 2021, representing approximately 93% of the total KiwiSaver member base.

The findings also reveal 40% of KiwiSaver members have a balance of less than $10,000.

Te Ara Ahunga Ora Director, Policy, Dr Suzy Morrissey says the MJW report highlights the popularity of KiwiSaver across all ages, including the over 65s, and the difference in average balances by gender at all ages.

“This is the first time we’ve had access to this level of data on KiwiSaver balances and demographics and gives a strong picture of how New Zealanders are contributing to the scheme and how popular it is.

“While not surprising, given KiwiSaver is a retirement savings scheme closely associated with the labour market, this report provides robust data to further highlight the gender savings gap, which is apparent across all age groups.

The widest gaps are between men and women in their 40s and 50s. On average,

This likely reflects the combined impact of the gender and ethnic pay gaps, time out of paid work, and the higher percentage of women than men that work part-time.

“KiwiSaver is one of two pillars in NZ’s retirement income system and while not perfect when using a gender lens is still a good scheme helping New Zealanders head into retirement in a better financial position. This highlights why NZ Super, the other pillar, is so important as it does not disadvantage women because of its universality.”

Te Ara Ahunga Ora asked MJW to develop hypothetical scenarios for people who had invested in KiwiSaver for 14 years (the maximum time possible) without making any withdrawals and compare them to the average balances. The median wage for each cohort was used to determine the contribution amount (minimum employee and employer) and government incentives were included.

“What this has revealed is when comparing current balances to what would have been possible for a median wage earner to have accrued over the 14 years of KiwiSaver, we see that they are lower, on average, across all age groups,” says Dr Morrissey.

“Part of this can likely be linked to first home deposit withdrawals and saving suspensions, and people not participating in the scheme for the full 14 years that it has been available.

“Access to this data is particularly useful to support our work which is underway on the three-yearly Review of Retirement Income Policies where we are considering a wide range of areas relating to retirement.”

The Retirement Commissioner will submit a report to government in December providing analysis on the effect of retirement income policies for New Zealanders and identify emerging issues for future policy consideration. 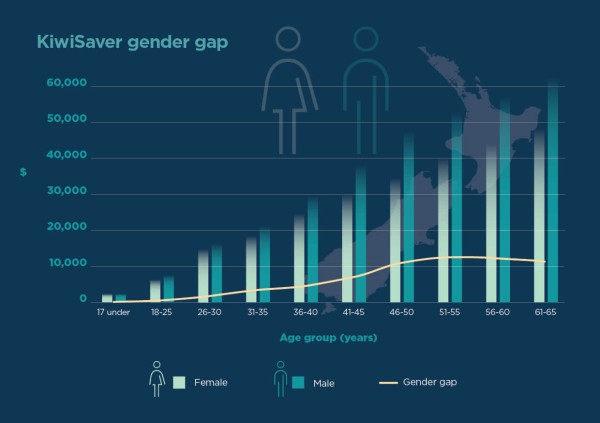 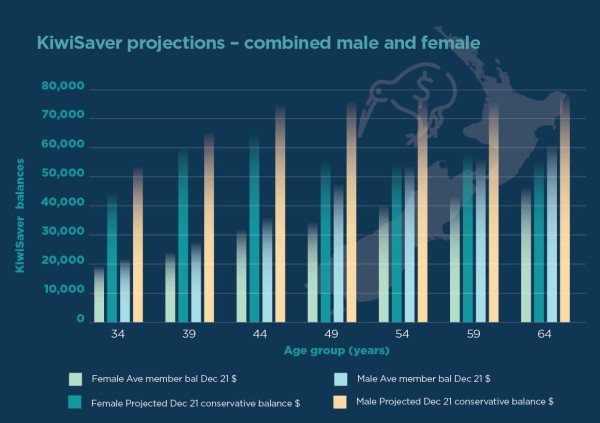 MJW approached several KiwiSaver providers asking for aggregated data covering the membership of their schemes. Providers were asked to fill in a simple spreadsheet giving the number of members for different age and gender combinations, and the average savings balance (see Appendix B). Data was provided in early 2022 giving a snapshot as at 31 December 2021.

Providers covering 2,944,050 members with total balances of $85.44 billion responded. According to the IRD1 , in December 2021 there were 3,162,067 KiwiSaver members in total, meaning that this survey covered approximately 93% of the total KiwiSaver member base. While a large sample, it is possible that the results reflect some biases and due caution should be applied to interpreting the results. Also, it should be noted that some gender information was unavailable. In this report, total figures include data relating to members where gender is unknown. However, the analysis of males and females excludes data relating to members where gender is unknown.

Key topics to be focused on for the 2022 review relate to three broad areas comprising New Zealand Superannuation, housing, and private savings including KiwiSaver. More information, including the terms of reference, is available here.

Posted in Review of Retirement Income Policies; Posted 8 months ago