Proposal to increase government contribution to KiwiSaver to $2000

Review of Retirement Income Policies - Work and the Workforce

Review of Retirement Income Policies - Work and the Workforce

Increasing the government contribution to KiwiSaver members’ funds from $521 to $2000 a year could help encourage more self-employed workers to contribute to the scheme. 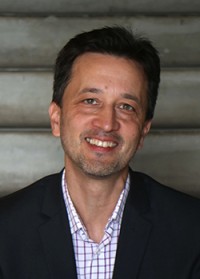 It comes from a working group on KiwiSaver led by the Managing Editor of the Sorted website, Tom Hartmann (left), a member of Cordtz’s team at the Commission for Financial Capability undertaking research for the Review.

Among the Review’s terms of reference, the government asked Cordtz and his team to look at the impact on government retirement income policies of the changing nature of work, including the increasing number of people who are self-employed or in temporary jobs. This is often referred to as the “gig economy”.

One in 20 employed New Zealanders is now a contractor, 1 in 10 has more than one job, and only 38% of employees have been in the same job for five or more years. Many workers take breaks from employment to go on their OE, raise children or due to redundancy or ill health.

This has an impact on long-term retirement savings, as KiwiSaver was designed to be a workplace savings scheme, with employer contributions of a minimum of 3% topping up those of the employee, and a government contribution of up to $521 a year if an employee puts in $1043. Gig workers miss out on the employer contribution and need to be disciplined to save for themselves. CFFC research shows that only 40% of self-employed/contractors/business owners contribute to KiwiSaver, compared to 73% of workers employed full time.

Hartmann says gig workers and those out of paid work are at a disadvantage.

“One way to help right the balance is to tilt the government matcher towards contributions that are voluntary, and increase the amount KiwiSaver members stand to gain,” says Hartmann.

The extra cost to government could be contained by limiting the incentive to the first 10 years of membership. This would establish a savings habit and make the most of compounding interest for the remainder of the member’s term.

“Dialing up the government contribution would level the playing field between employed and self-employed workers, and those out of the workforce, and add extra incentive for members to put in enough to gain the government matcher each year.”

Cordtz says the idea is worthy of discussion.

“We’re keen to find ways to make the KiwiSaver structure as fair and attractive as possible to all New Zealanders, whether they’re in paid employment, self-employed or taking time out of the workforce,” says Cordtz. “This suggestion could encourage a wider range of people to save more towards their retirement.”

Cordtz will consider the proposal along with public feedback and submissions before deciding on which recommendations to include in his report to government in December.

Public submissions on the Review are open until this Thursday, October 31, and can be made through the website cffc.org.nz.