A strong case for retaining NZ Super settings as they stand has been put forward by the Retirement Commissioner as a key recommendation in the 2022 Review of Retirement Income Policies. 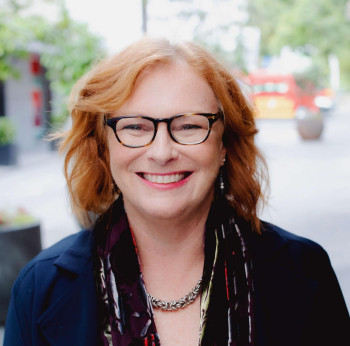 Retirement Commissioner Jane Wrightson has shared the final report which includes a set of evidence-based recommendations for the government, private sector, researchers, employers, and her own organisation to action.

“A common theme has occurred throughout the research reinforcing the critical role NZ Super plays to large numbers of New Zealanders now and heading into the future,” she says.

“It is clear to me that the age of eligibility to access NZ Super must remain the same, or a more complicated system be considered to reduce the inevitable inequity such a change would bring. Any increase to the age of people accessing NZ Super will only further disadvantage women, Māori, and Pacific People.

“Retired New Zealanders make valuable contributions to their communities – with NZ Super providing the means to give back through unpaid work, voluntary work and caregiving.”

Today, 40% of people aged 65 and over have virtually no other income besides NZ Super and another 20% only have that, and a little more. Even with NZ Super, close to one in three people don’t think they will have enough for retirement unless they continue working past 65.

Every three years, Te Ara Ahunga Ora Retirement Commission takes a comprehensive look at New Zealand’s retirement income policies to gain greater insights into what retirement looks like for Kiwis, now and in the future.

Some of the country’s leading academics and researchers have worked with Te Ara Ahunga Ora to undertake 16 pieces of research and analysis over the past year. Topics covered aligned to terms of reference set by government and included delving into aspects of NZ Super, housing, and private savings, along with a look at drawdowns of retirement savings (decumulation) and KiwiSaver, as it relates to temporary migrants’ access.

The research conducted for the 2022 Review of Retirement Income Policies reveals three stories of retirement. The first is the dominant narrative that most are familiar with – a house owned outright with its occupants expecting a long and often healthy retirement. The research conducted for this Review has shown that while this was the case for many (although not all) in the past, it is not the case for everyone now, and will be true for fewer numbers of people in the future.

The second story highlights those struggling to get by in retirement, even where a home is owned outright, with people generally living just on NZ Super and perhaps being ‘asset rich but cash poor’. It is also the story of a brief retirement, often the case for Māori and Pacific Peoples, whose life expectancy is shorter than Pākehā.

The third story of retirement is an emerging one. It is the story of an increasing number of older people paying rent – 100% more by 2048 compared to 2020. It is also the story of continuing to pay a mortgage after age 65 – currently the case for one in five people of that age group.

The Retirement Commissioner says with declining home ownership rates, and the rising costs of living more people are working for longer because they have not managed to save enough, still have mortgages or are paying rent.

“Many Kiwis simply do not have enough money to retire due to their housing situation,” says Jane Wrightson.

“The implicit assumption underlying NZ Super is that it is received by people who own their home outright. This impacts the payment rate and so, as ownership patterns change, other support is likely to be required by a growing number of people.”

“I believe we have laid out a set of realistic actions to undertake which will ultimately result in better retirement outcomes for New Zealanders,” she says.

“Complex matters such as the ones we have been grappling with require cross-government and private sector collaboration to resolve. This cannot be achieved by one agency alone and is why the recommendations I have made do not just sit with government but with all of us in differing ways.”

To provide good retirement outcomes for all:

To simplify saving and spending in retirement:

To improve the retirement outcomes of Māori:

To improve the retirement outcomes of Pacific Peoples:

To improve the retirement outcomes of women:

To extend the range of housing options for seniors:

For more information, or to arrange any interviews contact:

Posted in Review of Retirement Income Policies; Posted 2 months ago