A bill that would see the residency requirement to receive NZ Superannuation quickly rise from 10 to 20 years could be improved  to allow people to plan. 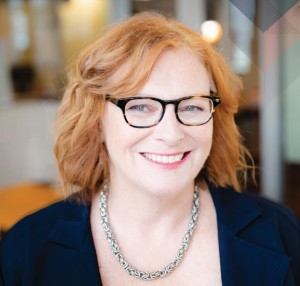 “This does not give older people time to make alternative financial plans,” said Wrightson. “Any changes to New Zealand’s retirement income system need a long lead time to enable  people to adjust their financial pathway.”

Wrightson acknowledged that Parliament’s finance and expenditure select committee added transitional arrangements to the Bill so the residency requirement would be phased in by birth date.

“Ideally the changes would not take effect for another 10 years to enable people to plan. If older New Zealanders cannot access NZ Super as soon as two years from now, what are their alternatives?”

If they were working they might be able to stay in employment for longer, “But we know that older workers experience difficulties in the labour market, including longer periods of unemployment and age discrimination.”

Those without paid work may have to access other benefits, such as JobSeeker Support, if they were eligible, to tide them over until they could access NZ Super. Even then most benefits were means tested against a partner’s income.

“We do think there is potential for hardship, within such a tight transitional timeframe, because this change would be unexpected,” said Wrightson.

While the bill takes into account time spent in countries with which New Zealand has a social security agreement, those countries were few. They include Australia, Canada,  Ireland,  the Netherlands, and the United Kingdom, with South Korea being included from this year.

All recipients of NZ Super are New Zealanders, either as citizens or as permanent residents. The bill would affect New Zealanders who had spent long periods of time living and working in the United States, Asia, or some European countries. And those who had lived in Australia for much of their career would have to wait until they reached the Australian pension eligibility age, increasing to 67 by 2023, before receiving NZ Super.

Last year Wrightson issued the first purpose statement for New Zealand’s retirement income system, which stated the framework must remain stable “to enable trust and confidence that older New Zealand residents could live with dignity and mana, participate in and contribute to society, and enjoy a high level of belonging and connection to their whānau, community and country.”

“Stability, trust and confidence are not created by changes that impact people in two years’ time,” said Wrightson. “I encourage Parliament to slow down the progress of the bill and consider whether its transitional arrangements could be improved further to ensure a more considered long-term approach.”