A drip-feed income scheme called KiwiSpend could kick in when KiwiSaver members turn 65, helping them stretch their savings through what could be a long retirement. 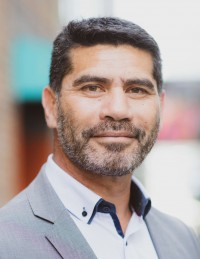 It comes from a report on decumulation prepared for the Review team by Susan St John and Claire Dale of Auckland University’s Retirement Policy and Research Centre.

Among the Review’s terms of reference, the government asked Cordtz and his team at the Commission for Financial Capability to look at whether New Zealanders needed help stretching their savings through retirement, and what role the government could play.

Since KiwiSaver was launched in 2007, membership has grown along with the size of nest eggs. More than 2.9 million New Zealanders now belong to KiwiSaver, and in the past year alone withdrawals by those aged 65 and over were up 43% to just over $1 billion. A survey by Inland Revenue found most withdrew the entirety of their KiwiSaver funds upon retirement, with most using them to pay off debt or travel.

St John and Dale say a system of a one-off withdrawal does not protect retirees from the risk of outliving their savings, inflation, unsuccessful investments, financial exploitation or spending the money too early. Most New Zealanders can expect to live into their 80s, many into their 90s, and some into the 100s, so if retirement occurs at 65 that presents 20-40 years to fund.

Overseas, annuity schemes that drip-feed regular income to members are common, and in some countries, such as the Netherlands, compulsory. Annuities are mandatory in six of the member states of the European Union and voluntary in 15 others.

St John and Dale say that New Zealand Superannuation is the “perfect annuity” because it is a secure basic income for everyone at age 65 that is protected from inflation, keeps up with wage growth, and continues as long as a person lives. But at $411 per week for a single and $632 for a couple, for many it is not enough for the lifestyle they want. And it doesn’t cover some forms of health care that can become more expensive with age.

They suggest a government-regulated scheme called KiwiSpend. KiwiSaver members would be defaulted into the scheme on reaching 65. They could opt out after taking advice, but those who remain would receive regular payments of up to $12,000 per year, based on their savings, on top of what they receive from NZ Super. The KiwiSpend amount would increase when they entered a period of high health costs, such as having to go into rest home care, rather than have their other assets depleted to the low threshold required before state support for care kicked in.

Cordtz says the idea is worthy of discussion.

“Many people we’ve spoken to in our research for the Review say they’re worried that they’ll run out of money in retirement,” says Cordtz. “An annuity scheme like the KiwiSpend product suggested by St John and Dale may provide members with the peace of mind of a guaranteed income stream in addition to Super. With a long term health care rider, it could also remove a person’s future health care costs from families and taxpayers in general.”

Cordtz will consider this suggestion along with public feedback and submissions before deciding on which recommendations to include in his report to government in December.

Public submissions on the Review are open until October 31 and can be made through this website.