Ageism in the workplace 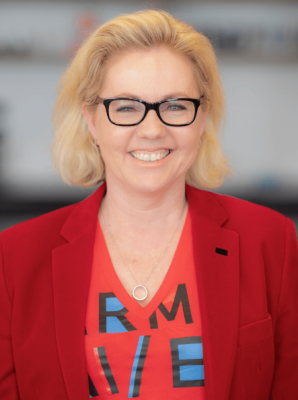 Take a look around your workplace. How many of your employees or colleagues would you define as an “older worker”?

In 20 years’ time, you may be working somewhere different, and the demographic of your workmates will have changed too. A lot more of them will be “older”, be that 55+ or 65+, depending on your definition. Our view of what’s ‘old’ is evolving, and it needs to. Many 65 years olds today tell me they don’t see themselves as old, and they see 70 as ‘young-old’.

The prediction is that in 20 years’ time about 400,000 people aged 65+, or one in three, will still be working, and they will represent a far greater proportion of the workforce.

This is going to have a number of knock-on effects for employers, managers and their businesses. Many employers tell us they are concerned about the impact the ageing workforce, yet few are doing anything about it.

A survey in May of 500 companies by the Commission for Financial Capability (CFFC), found most agreed that there was a shortage of highly experienced workers. Most had a positive attitude towards older workers, finding them no more or less resistant to change than other age groups, and no more likely to have high absenteeism or sick leave. Most agreed that businesses should take extra steps to attract and retain older workers, viewing them as an “untapped resource”.

Yet 80% had no specific strategies or policies in place and the majority agreed that older workers can face barriers to being hired because of age.

It’s worth challenging ourselves with the question: when was the last time you hired a person older than you? How often does your recruitment company pass on CVs of applicants aged 50+? Ageism is an insidious human trait that some of us may not even recognise, it can be bundled up in vague references to a candidate not being ‘quite the right fit’. We need to acknowledge it and call it out, and then do something about it.

Employers are already experiencing a worsening shortage of labour supply with 65% saying there is, or soon will be, a skills shortage in their respective sector. For example, with almost 24% of New Zealand’s workforce already aged 55-plus years, there are only four to five teachers or nurses to replace every 10 that will retire.

We’re not alone. New Zealand’s ageing workforce is part of a global trend. It’s a predictable demographic change that we can’t afford to ignore, and that should be faced not as a crisis, but as an opportunity.

Contrary to the ‘lump of labour fallacy’ that older workers take jobs from younger people, retaining older employees feeds economic growth and creates more jobs for everyone. There are significant economic gains to be made in higher tax receipts, spending, and less reliance on government transfers.

Then there is the sheer experience that older workers bring to the table, their maturity in the workplace, and willingness to pass their skills on to the younger generation.

Workers tell us that some of them will need to work past 65, but many will simply want to. They value the social connection, the sense of worth and purpose, and the extra money that will give them more choices. Their needs are relatively simple: more flexibility, maybe working part-time, maybe with more leave. And some will want to upskill and retrain to fill different roles.

As our workforce is ageing, it is also changing. People no longer expect to remain in one job for years and years; the ‘gig economy’ means workers are shifting more, contracting more, and our future generations will move through several careers across a lifetime. We are seeing less of the ‘gold watch’ moment where people shift from full time work to full retirement in a day. There are many transition years in the middle where we want to work a bit differently but still stay active.

CEOs, Boards and managers need to start thinking strategically and planning for how to make those conversations, and the arrangements that come out of them, as natural as inductions and performance reviews. It should be part of their human resource offering, and factored in to a planning cycle.

Whether we’re an employer, manager or someone in a business that serves older workers, we need to be prepared for a future with many more of them, and that won’t happen without actively and intentionally addressing the issues. We will come to appreciate older colleagues as much as they appreciate coming to work.

This op-ed was originally written for Management Magazine